The Egyptian Museum in Cairo

If you are in Cairo and want to come here by taxi:
The name of The Egyptian Museum
in Egyptian Arabic is:
“Almathaf Almasri fil Tahrir”

Between Past and Present

Originally called Ismailia Square after its founder Khedive Ismail (1863–1879), Tahrir (Liberation) Square was named after the 1952 Revolution to honour Egypt’s liberation from colonialism in 1919. 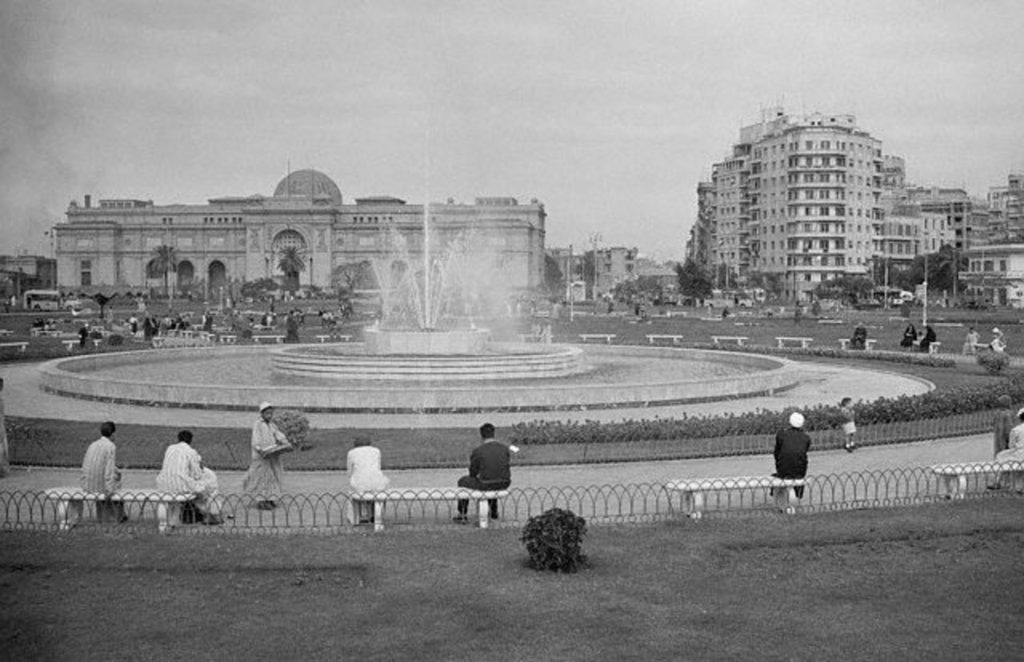 Tahrir Square has undergone many phases of development and renewal. At every stage of its progress, the authorities have always considered the square’s purpose and its role in national identity and history. Major historical events in Egypt’s nationhood have been written in the heart of the square, most notably as a focal point for civil expressions of joy, sadness, and protest. Confrontations between Egyptian protestors and the authorities have played out a number of times throughout the last century. These events include: the 1919 Revolution, the 1935 demonstrations against British occupation, the 1952 Revolution, and more recently the 25th of January 2011 and 30th of June 2013 uprisings. These events place Tahrir Square at the fulcrum of modern Egyptian history.

Inspiration for the development of the area around Tahrir Square came from Khedive Ismail’s admiration for the newly designed squares and boulevards of Paris. Ismail planned to make Cairo a modern capital city based on the European model. The land along the banks of the Nile was long considered unfit for habitation due to the swampy nature of the area. By 1865, the Khedive turned his attention to this area to develop a modern neighbourhood. Khedival (now Downtown) Cairo was developed with wide streets fanning out from a number of elegant squares. Ismailia Square was the largest.

Members of the royal family and rich Egyptians soon built many palaces around the new Square. Most have been demolished and replaced with other buildings, but the Ahmed Khairy Pasha Palace (1860s) still stands on the eastern part of the square, and is now part of the American University in Cairo campus. The Princess Nimetallah Kamal el-Din Palace (1900), near Kasr al-Nil bridge, is currently used by the Ministry of Foreign Affairs. By the Nile stood large barracks for Ismail’s army. From 1882, this complex was used by the occupying British forces.

Construction of the Egyptian Museum started on the north side of the square in 1897. It was inaugurated in 1902.

The British barracks were demolished in 1948 as part of a redevelopment of the Square that saw the erection of the enormous Mugamma, formerly the main government administrative building. By the late-1950s, the modernist Nile Hilton Hotel (now the Ritz Carlton) stood on the site to welcome the world to Cairo. The Nile Hilton was one of three buildings by Egyptian Modernist architect Mahmoud Riad. The hotel was constructed along the Nile Corniche side of Tahrir Square: to the south stood the League of Arab States Building (1955); to the northeast lay the Museum. To the west of the Museum stood the Arab Socialist Union/National Democratic Party Building (built in 1959 and demolished in 2015). A busy bus station in front of the Museum was relocated in the 1990s, but the presence of the Sadat Metro station, where two metro lines connect, keeps Tahrir Square a central part of the city.

Following the 1952 revolution, the square was officially renamed Tahrir (Freedom) Square on the 2nd of July 1954, and became one of the main squares witnessing the revolution’s celebrations. In recent times there is renewed efforts to commemorate the national uprisings of 2011 and 2013, under the direction of Prime Minister Mostafa Madbouly, to redevelop and regenerate Tahrir Square and its surrounding open spaces. The Madbouly government’s project to transform the square into an open-air museum will include a large number of tourist attractions. At the heart of Tahrir Square and as part of its latest re-incarnation stands a monument commemorating events of the last ten years. The monument consists of a red granite obelisk of Ramesses II from San el-Hagar (ancient Tanis), surrounded by four ram-headed sandstone sphinxes, each protecting a standing statue of Ramesses II from Karnak temple between its forelegs.