The restoration of a rare example of Old Kingdom architectural and artistic expression. The massive inlayed walls taken from the mastaba-tomb of Nefermaat and his wife Itet are on permanent display on the western wing of the ground floor, in room 41.

Nefermaat was the son of King Sneferu, who reigned during the early part of the 4th Dynasty (about 2575–2551 BC). He was buried in a huge mastaba-tomb at Meidum. The tomb was first excavated in 1871, and again in 1892 by the English archaeologist W.M. Flinders Petrie. The large segments of the mastaba walls and their inlayed reliefs are a valuable addition to the collection at the Egyptian Museum.

Nefermaat is seen receiving offerings to help him in the afterlife, including expertly depicted scenes of daily life. The hunting of many different types of animals, including leopards, foxes and birds can be seen along with agricultural activities.

These scenes are depicted using an extremely rare technique. All of the figures are cut into the limestone surface and then filled-in with coloured paste inlay. Unfortunately, the paste cracked and fell out, which might be the reason why this technique was abandoned.

The conservation team carried out a series of tests to determine the most effective method of cleaning the surface from accumulated dust and pollution. What remains of the paste inlay has been consolidated, and it is now possible to see the original colours in detail.

This restoration project is supported by Museo Egizio (Turin), and is made by restorers from the Egyptian Museum, in collaboration with the French Institute for Oriental Archaeology (Ifao). 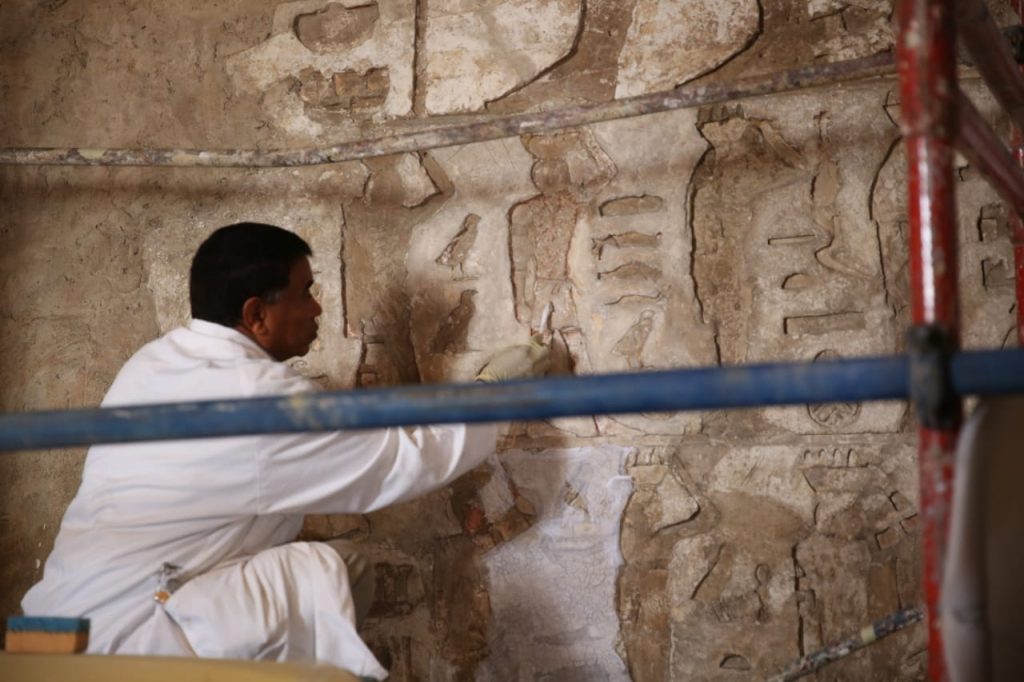 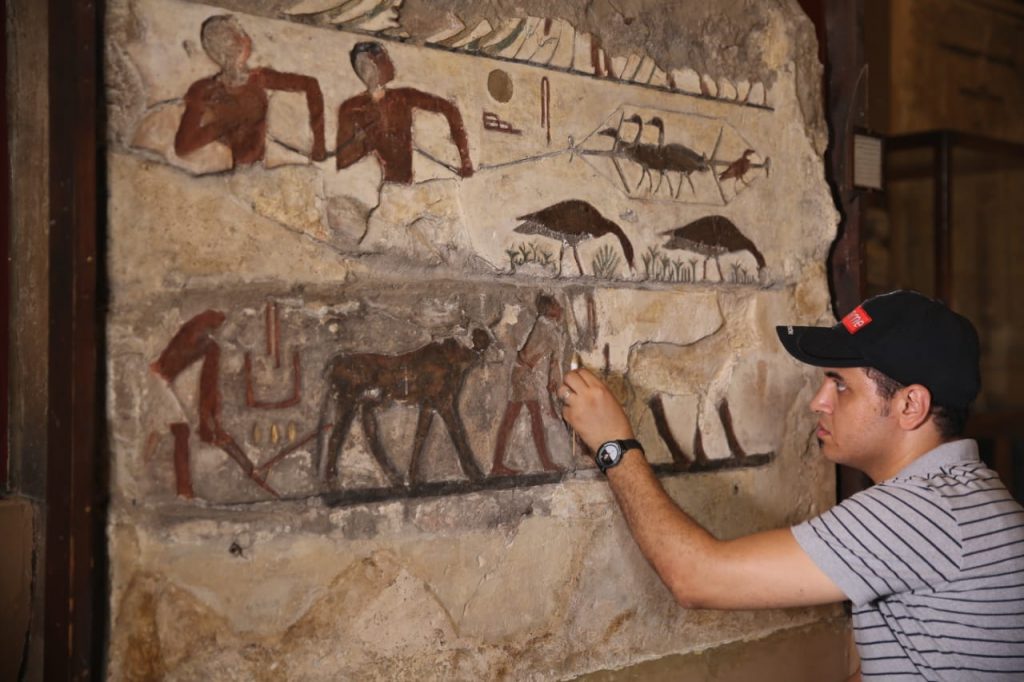