COVID-19 INFORMATION
The Basement of the Egyptian Museum

Many archaeologists dream of visiting the basement of the Egyptian Museum. It houses a large collection covering about 5,000 years of history, from Prehistoric times through the Pharaonic and consecutive eras. It even holds some Islamic artefacts.

It measures 5,400 m2  and contains 45 storage galleries. The western galleries were renovated in 2002 for the exhibition of the centennial of the museum and have since then been designated for the Children’s Museum. Gallery 46 was renovated in 2008 to become a DNA Laboratory. Galleries 57 and 55 were renovated as offices for the curators and registrars. 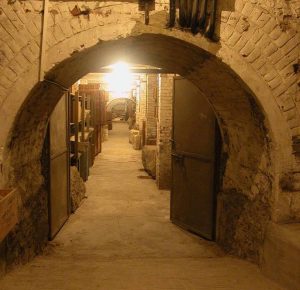 The basement is used to store objects which have never been displayed at the museum. The basement has received objects in nailed wooden boxes which were excavated from different sites in Egypt by Egyptian and foreign expeditions. Very often, the name of the site or the expedition, and sometimes the date, were the only recorded information written in thick black ink on the boxes. With time, the collection in the basement increased as more and more boxes of discoveries from different sites made their way to the museum. In addition to the finds from excavations, the basement has received boxes of seized objects and, recently, boxes of repatriated objects that were placed in the basement after being displayed in temporary exhibitions. If we consider all these, we can say that the number of artefacts in the basement might have doubled to reach over 100,000 pieces.

Various local and national museums have chosen beautiful objects from the basement for their own exhibitions, including the Suez Museum, Marsa Matrouh museum, Sohag museum, NMEC and GEM.

Boxes from expeditions include:

- Mummies of crocodiles, ostraca, and sherds from Japanese expedition at Tehna el-Gabal.

- Pottery vessels from the German Expedition at Manshiet Abu Omar.

- Pottery vessels, small masks, and amulets from the German Expedition at Qubet el-Hawa.

- Mummies in their coffins from the Canadian Expedition at Dakhla Oasis.