Masterpieces from the collection in the Garden 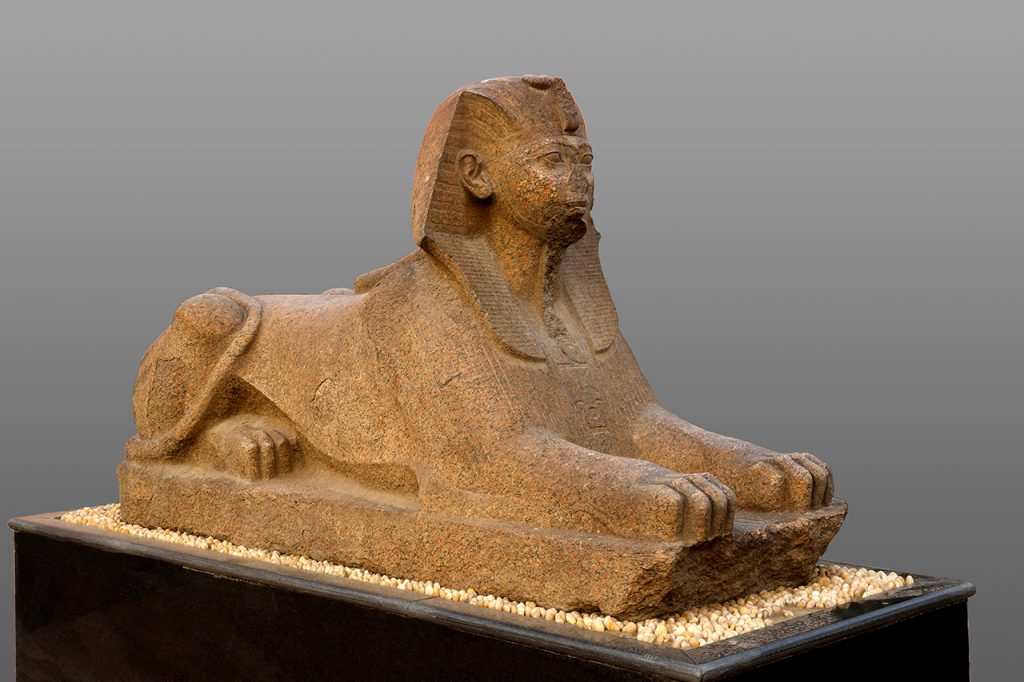 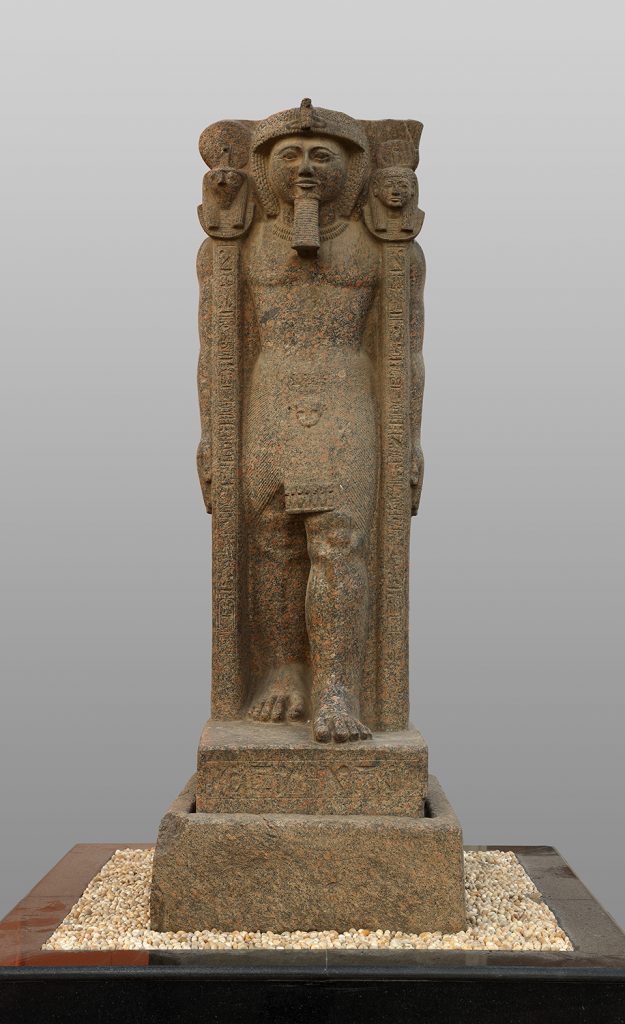 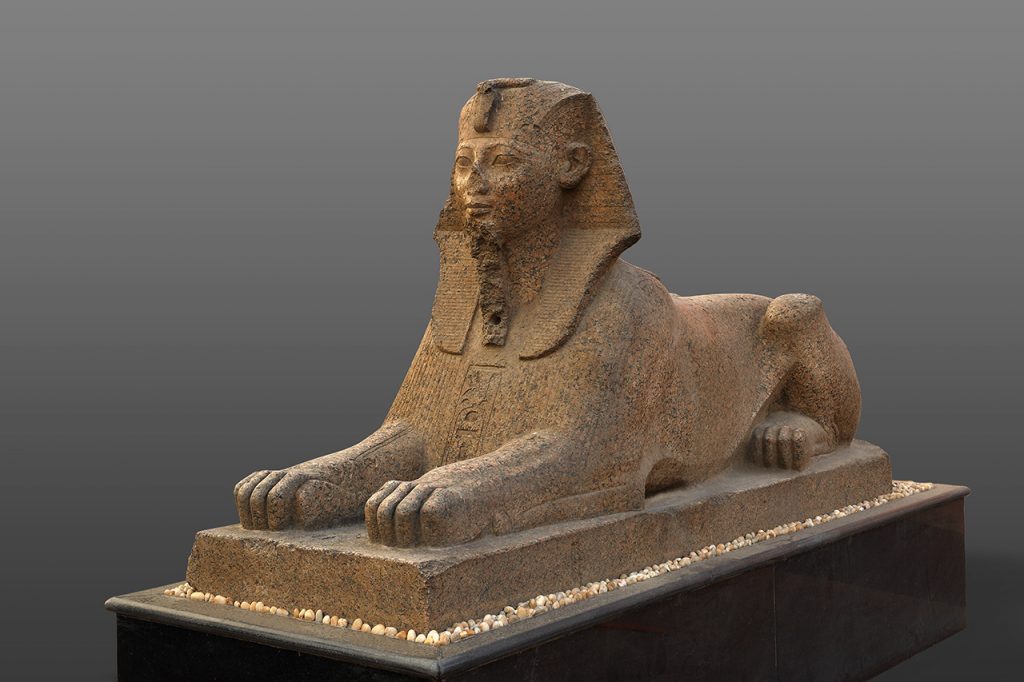 The monument of Mariette

At the western end of the garden stands the monument to Auguste Mariette, first Director of the Antiquities Service, and founder of the Egyptian Museum in Boulaq. The monument is a large semi-circular marble structure holding the sarcophagus and statue of Mariette. Over the years, the sarcophagus and statue have been encircled by 26 busts of important Egyptian and foreign Egyptologists.

After his death in 1881, Mariette Pacha was cremated, and was first interred in a tomb in the gardens of his beloved Bulaq Museum. In 1890, the collections at the Bulaq Museum grew too large for the available space, and a new, larger space was needed. The new museum was housed in an annex attached to the palace of Ismail Pacha at Giza, and Mariette’s “tomb” was also moved to Giza. In 1894, during the plans to move the Museum to an even larger purpose-built facility in Tahrir Square (then Ismailiyya Square), Chélu Bey, the Director of the Government Print House in Bulaq, thought of also moving Mariette’s ashes to the new Museum and building a monument to commemorate Mariette and his life’s work.

It was not until 1900 that the Director General of the Service of Antiquities at the time, supported by the Ministry for Public Works Publics, allocated the necessary funds to build a monument to house Mariette’s sarcophagus and prepare the statue.

Denys Puech, a renowned French sculptor at the time, undertook the commission, and began his work in June 1902. Puech travelled to Boulogne, Mariette Pacha’s hometown, to make sketches of him based on portraits on display at the museum there. Mariette is shown wearing a redingote and a tarboush (fez); his arms are crossed on his chest; in his right hand he holds the rolled-up plans of the gardens of the Bulaq Museum. He stands solemnly with his head turned towards the façade of the Museum, as though keeping watch over his beloved antiquities.

Work to prepare the layout of the monument started in November 1903. The statue arrived from France in February 1904, and the inauguration ceremony of the monument of Mariette Pacha took place on the 17th of March 1904.

The inauguration ceremony drew government officials and colleagues of Mariette who spoke warmly of the departed Egyptologist. The speeches, all delivered in French, spoke of Mariette’s legacy, and his vital role in safeguarding Egypt’s monuments, as well as his involvement in establishing an antiquities museum in Egypt. 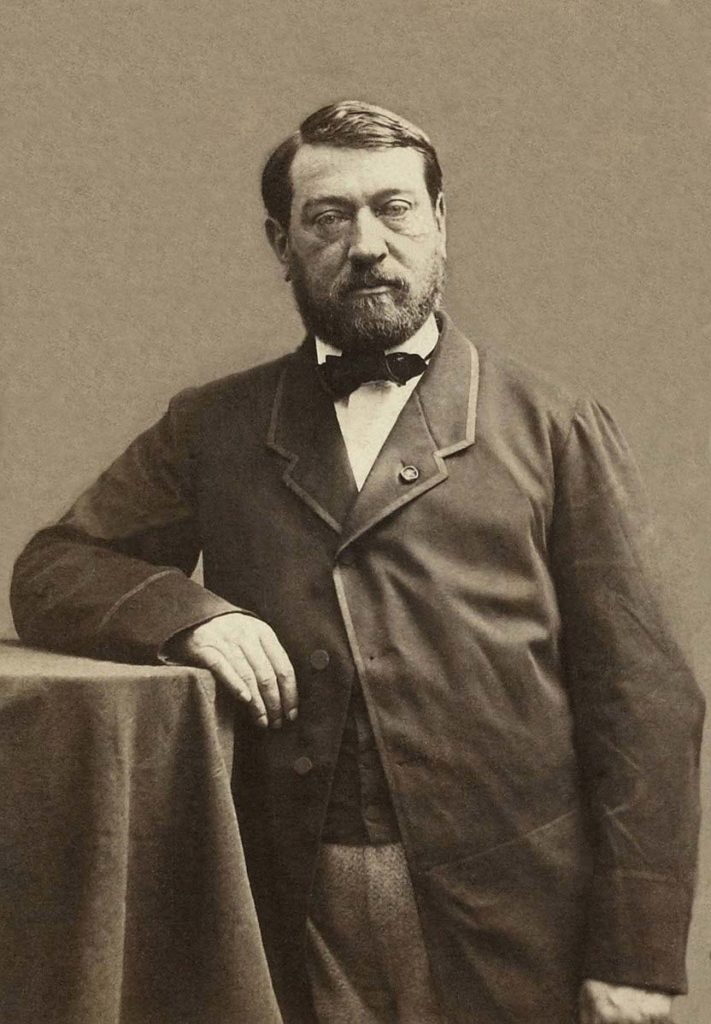 Mariette Pacha (1821-1881) was a French Egyptologist and founder of the Egyptian Antiquities Service (the modern Supreme Council of Antiquities). His first trip to Egypt was in 1849/1850 and had the aim of finding and purchasing Coptic and Arabic manuscripts for the Louvre Museum collections. During his initial stay, he discovered the Serapeum at Memphis (Saqqara), the first of his many discoveries. He later returned to Egypt at the insistence of Khedive Ismail Pacha, and sought to create a museum of Egyptian antiquities in Cairo. In 1858 he founded the Egyptian Antiquities Service. He was closely involved in the production of Verdi's renowned Opera Aida. His excavations in Egypt were carried out in many places, including Tell el Yahudiyya in the Delta, Karnak Temple, Deir el-Bahari, Tanis and Tell el-Basta. One of his most important discoveries was the burial site and jewellery of Queen Aah-hotep.