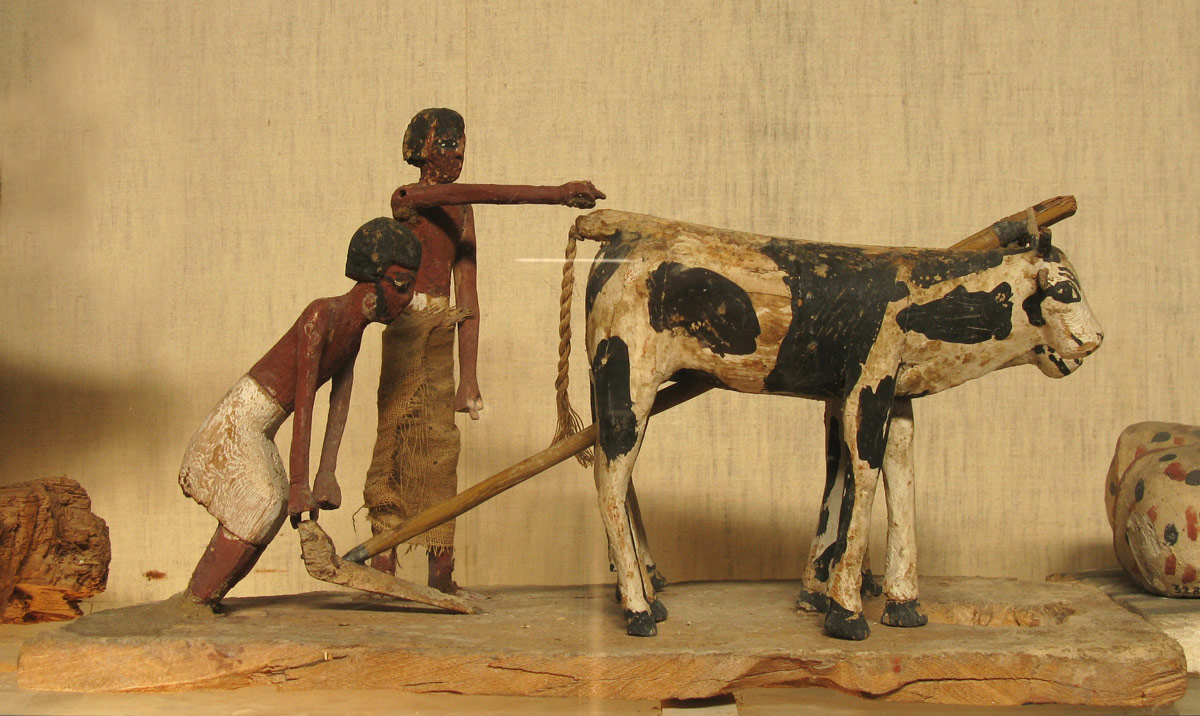 The Egyptian Museum in Cairo (EMC) has celebrated farming and farmers on Egypt’s National Farmer Day by organizing a temporary exhibition displaying artefacts of this most important and ancient activtiy.

The display included painted wooden models that were found at the cemetery site of Meir, located in the Asyut Governorate. Many magnificent painted wooden models were found in the rock-cut tombs of the nomarchs, mayors and priests, including models of agricultural activities. One model represents a man in the action of hoeing dating to the 6th Dynasty (about 2330–2150 BC), along with models of ploughing activities and donkeys carrying sacks full of produce on their backs, dated to the Middle Kingdom (about 1773–1677 BC). Also, on display are a set of bronze tools used by ancient farmers from the New Kingdom (about 1550–1069 BC).

Egypt’s dry climate has made it possible to recover and preserve some of the produce that was farmed in ancient times. Among the exhibits is a collection of ancient vegetable materials, including: Acacia tree branches found at El Geblien dating to the Old Kingdom (about 2690–2150 BC); and Barley grains, Buckthorn fruits, and Doum fruits found in Luxor dating to the 18th Dynasty (about 1550-1295 BC).

The ancient Egyptians were greatly indebted to the River Nile and its dependable seasonal flooding, which brought with it an annual supply of rich and fertile soil. Agriculture was practiced on a large scale and the Egyptians excelled at managing irrigation systems that in turn was able to support the needs of such a great civilisation. 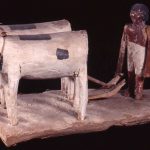 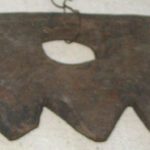 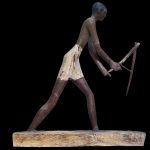 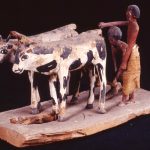 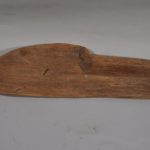