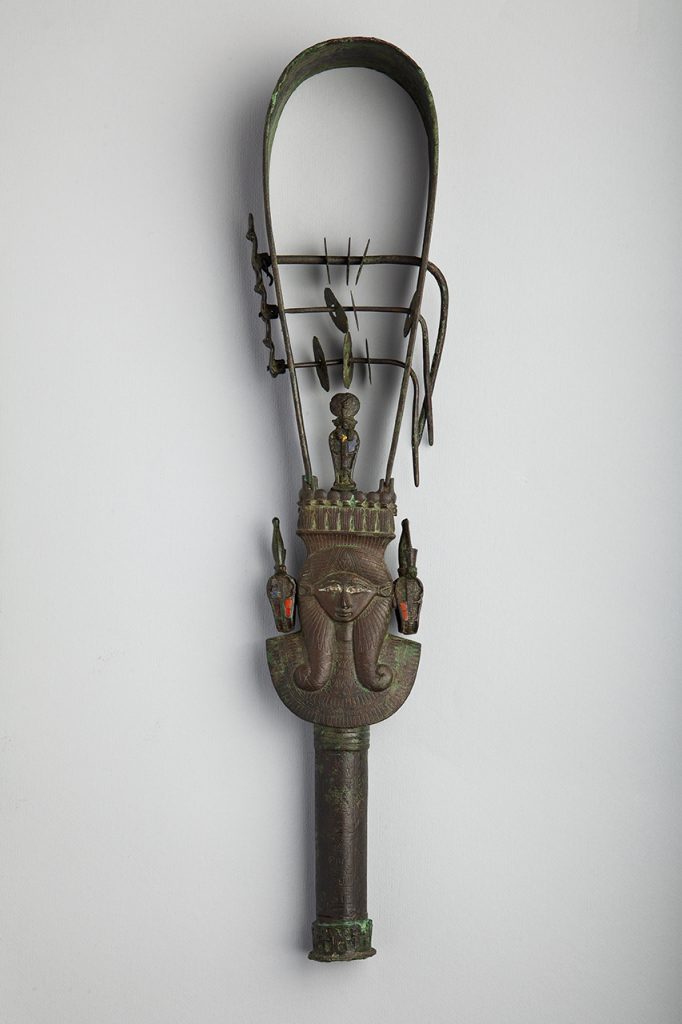 Place of discovery: Confiscated at Mallawi

The sistrum, essentially a rattle, was associated with Hathor, goddess of music, love and joy and was used extensively in temple music for rhythm and warding off harmful spirits. It is attested from Old Kingdom times and was used throughout pharaonic history. This particularly fine example features an image of Hathor on both sides of the sistrum, wearing her Hathor wig and her distinguishing cow’s ears, as she could also take the form of a cow. Powerful protective images of rearing cobras flank her head, one with the red crown of Lower Egypt, the other with the white crown of Upper Egypt. A ring of cobras (uraei) sits on a platform to hold the loop that forms the noise box, while yet another single one rears up into the loop that contains three rods in the shape of double-headed cobras. The three rings on each rod were the source of the noise.