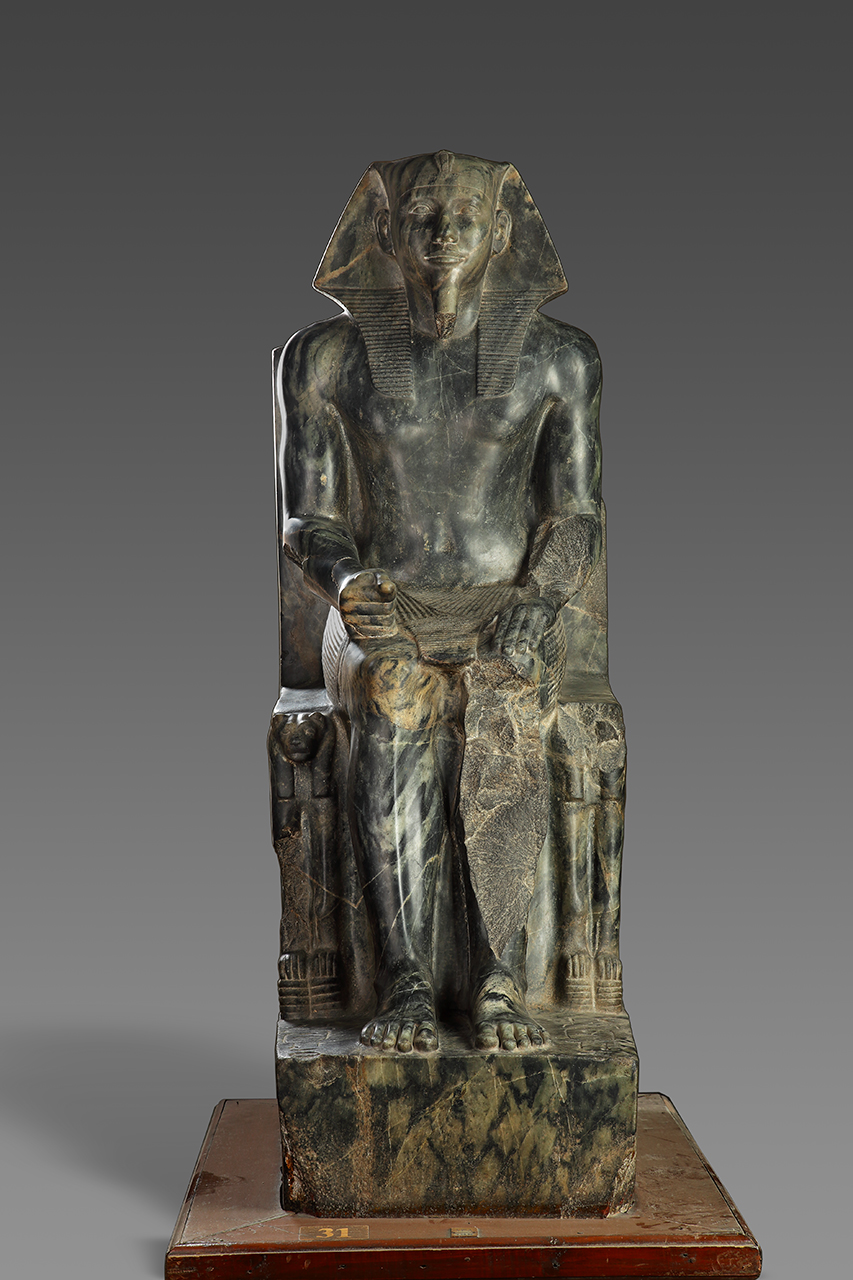 This beautiful statue of King Khafre (called by the Greeks Khefren) is not only one of the masterpieces of the Egyptian Museum but one of the most important sculptures of ancient Egypt. The statue was found by Auguste Mariette in 1860 during his excavations in the Valley Temple of Khafre’s pyramid complex near the Great Sphinx and was one of about 23 identical statues. The king is represented with the names headdress with a uraeus (cobra) seated on a cubic throne decorated on the two sides with the symbol to the unity of Upper and Lower Egypt called sema-tawy. Behind his head, a falcon, a symbol of the god Horus, spread his wings in a gesture of protection.