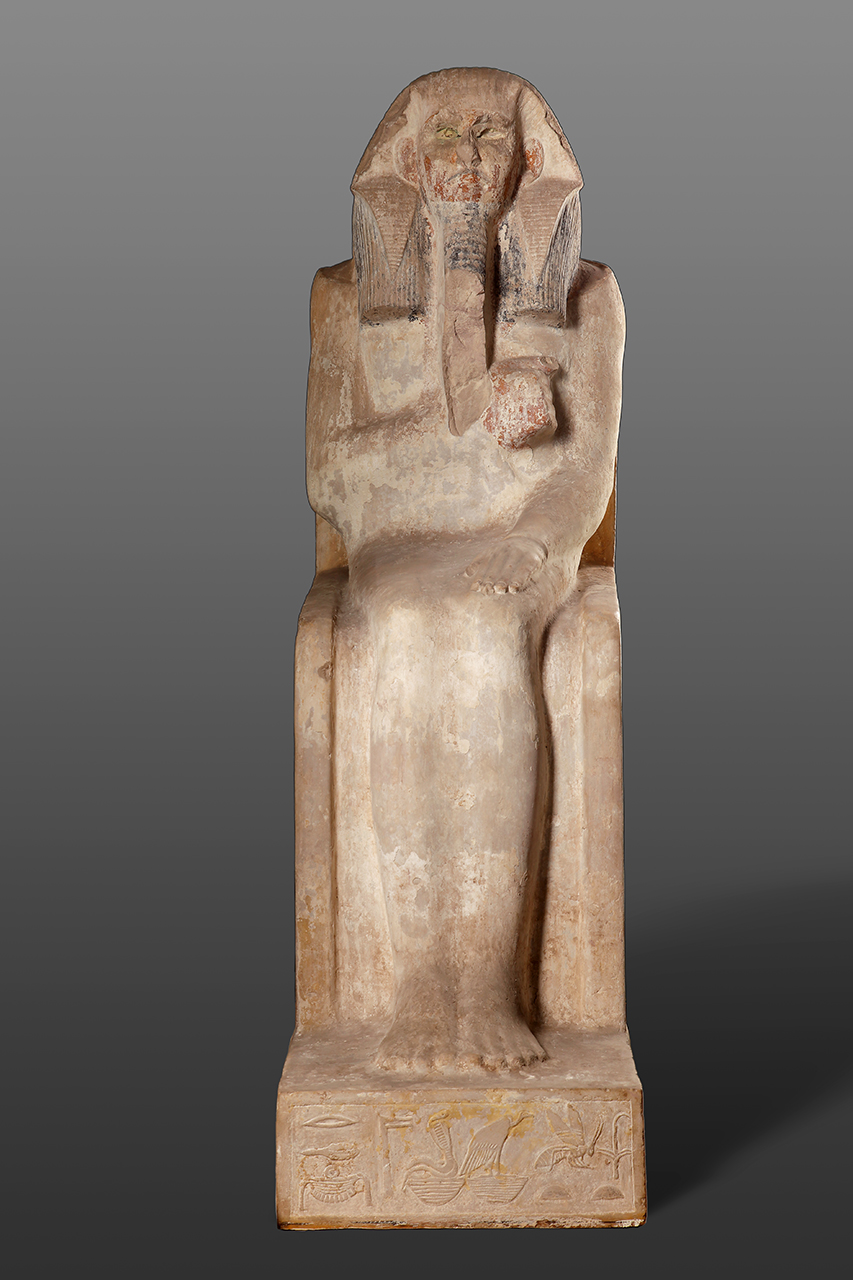 Statue representing King Djoser, the first ruler of the Third Dynasty and owner of the Step Pyramid in the Saqqara necropolis seated on his throne. This statue, originally painted, is the oldest know life-size statue in Egypt and has been found during the excavations of the Egyptian Antiquities Service in the years 1924-25 inside the serdab (Arabic name for «cellar»)  located on the east side of the Step Pyramid and now replaced by a plaster replica. The ancient robbers removed the eyes that were originally inlaid with rock crystal and obsidian. The pedestal is inscribed with the titles of the king and his Horus name Netjerkhet «His body is divine» in hieroglyphic text.